The Southern and Eastern Africa Renewable Energy Zones (SEAREZ) were identified as part of the Africa Clean Energy Corridors initiative in collaboration with and with support from the International Renewable Energy Agency (IRENA).

The Africa Clean Energy Corridor (ACEC) is an IRENA initiative that aims to promote regional development of renewable energy by accelerating the expansion of renewable power options in the countries of the eastern and southern African power pools. The ACEC is guided by a Ministerial Communiqué, which was signed in January 2014 by nineteen Ministers of Energy and heads of delegations.

The ACEC Renewable Energy Zones study identifies cost-effective, equitable, and environmentally sustainable wind, solar photovoltaics (PV), concentrated solar power (CSP), and geothermal energy zones in the corridor countries that would facilitate ACEC planning. High-quality RE resources are geographically diverse across the ACEC countries, with some countries having better quality resources than others. Increased interconnections between countries and regions can enable the transmission of electricity across utilities and regional grids from the most cost-effective RE potential areas to load centres. Further, the transmission infrastructure being planned and built for other conventional generation sources such as hydropower and geothermal can be leveraged by RE generators if they are proximally located. Finally, identification of high-quality RE zones can reduce the risk to project developers and facilitate pre-emptive transmission planning by utilities and government agencies to encourage socially and environmentally responsible development, thus lowering cost and enabling rapid growth of RE. 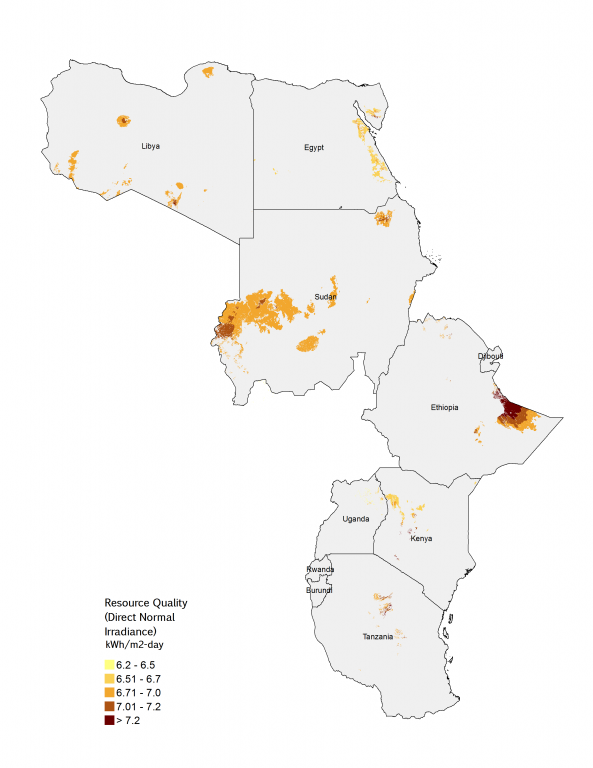 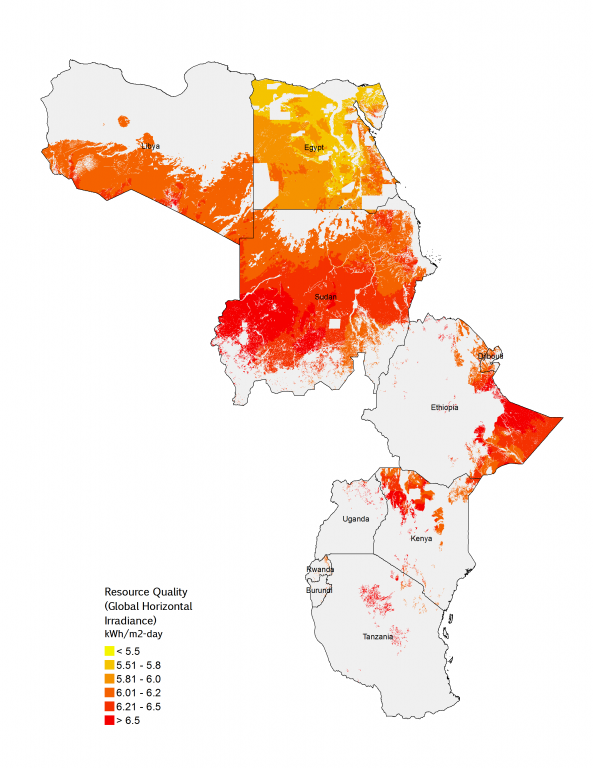 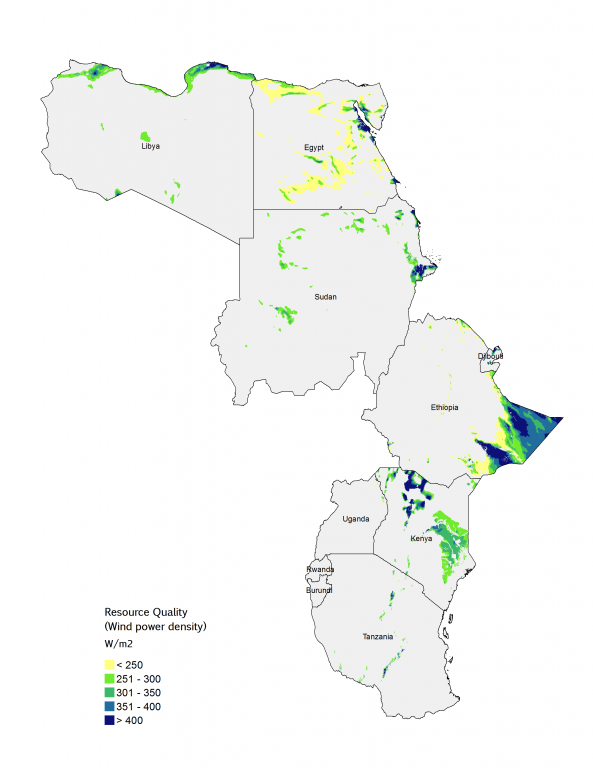 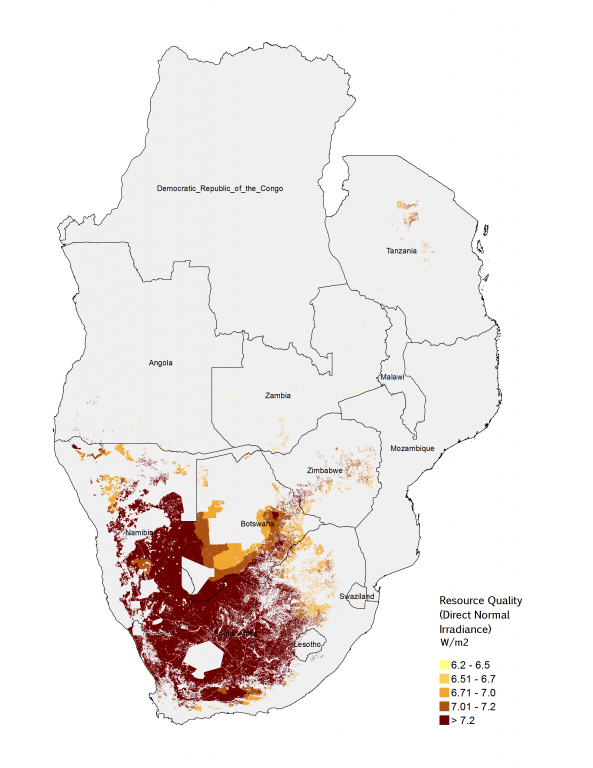 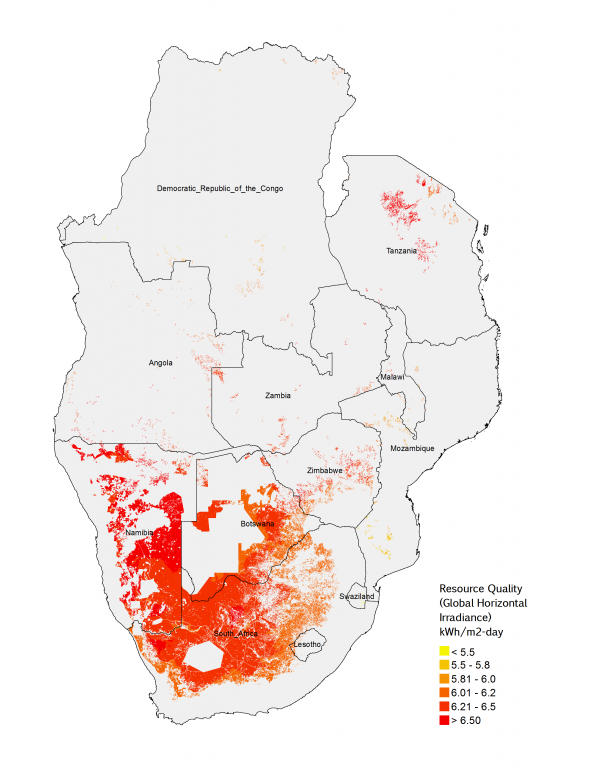 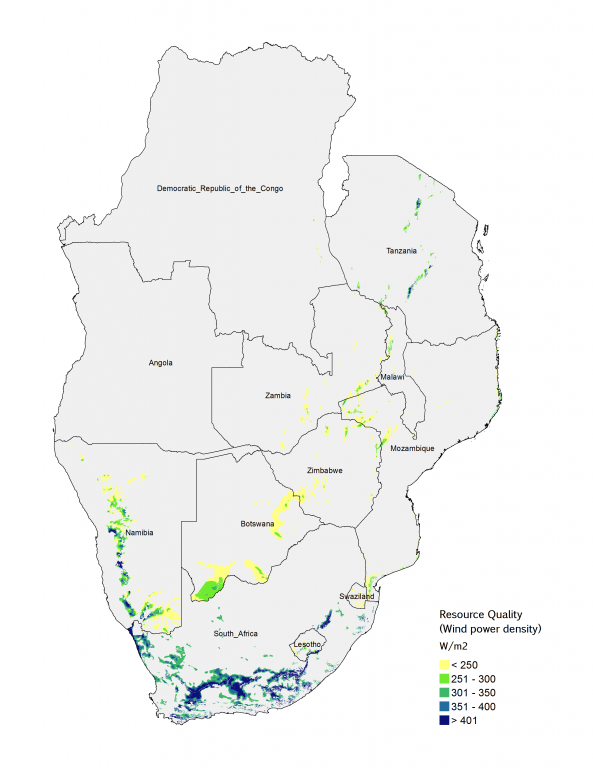 Countries in Southern-Eastern Africa RE Zones

The International Renewable Energy Agency (IRENA) is an intergovernmental organisation that supports countries in their transition to a sustainable energy future, and serves as the principal platform for international cooperation, a centre of excellence, and a repository of policy, technology, resource and financial knowledge on renewable energy. IRENA promotes the widespread adoption and sustainable use of all forms of renewable energy, including bioenergy, geothermal, hydropower, ocean, solar and wind energy, in the pursuit of sustainable development, energy access, energy security and low-carbon economic growth and prosperity.

The designations employed and the presentation of materials herein do not imply the expression of any opinion whatsoever on the part of the International Renewable Energy Agency concerning the legal status of any country, territory, city or area or of its authorities, or concerning the delimitation of its frontiers or boundaries. While this publication promotes the adoption and use of renewable energy, the International Renewable Energy Agency does not endorse any particular project, product or service provider.